Causes of kitchen odors and how to get rid of them 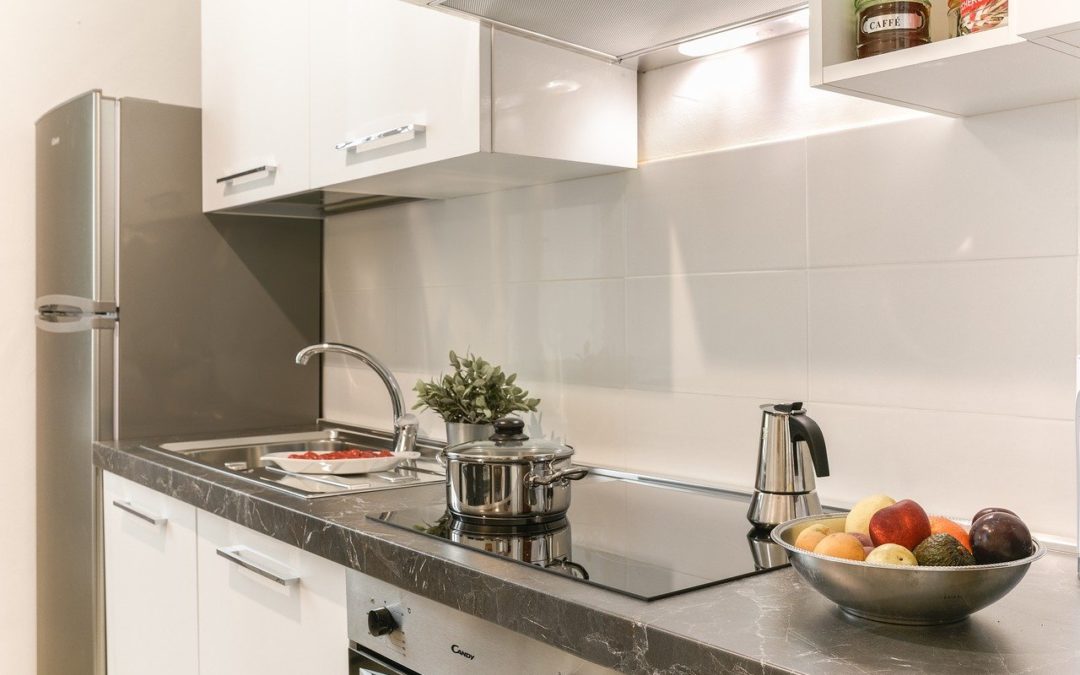 Many people tend to avoid cooking at home because they don’t want their house to stink. Since this cooking odor is difficult to get rid of. The smell also spread to other parts of the house. however, the smell in the kitchen doesn’t just come from cooking. There are smells coming from sinks, drains, refrigerators, food smells, or even trash bins. Here are some of the possible reasons for a smell that you can’t seem to discover. Tips for removing these smells are included, as well as strategies for preventing future odors.

The smell from unwashed dishes

Food leftovers on unwashed dishes provide a breeding ground for bacteria. The odor grows stronger over time. In addition, there might be mold forming on the surface of the dishes which leads many people to throw away the dish, but actually, should moldy dishes be cleaned or thrown away?

Fungi are less dangerous than viruses and bacteria. Even after being exposed to fungus, the body still has some defenses in place.  although it’s not particularly dangerous. However, allergic responses may appear in certain people.

Moldy dishes can be cleaned following the method described below.

If the dish is made of a hard material, it should be washed with water and baking soda before immersing it in boiling water combined with vinegar. When you’re finished, set it out to dry in the sun. That’s it now you’ll have a clean dish just like before.

If the dishes are made of plastic, that is inexpensive. You should just throw it away because even if you wash it, it will still be contaminated with germs or mold spores. But if you insist on keeping them you can wash them with baking soda and then wipe them with vinegar. then let it out to dry in the sun.

Tips: do not put moldy dishes in the dishwasher, because of mold spores. will be distributed in the machine

The bad odor in the fridge is produced by rotten or expired food that has been left in the fridge, as well as food with a strong odor. You can clean the refrigerator by first emptying the water tray beneath the refrigerator, washing it a few times with soap, and drying it in the sun. then wipe the inside of it with a mixture of baking soda and water. After that spray vinegar all over the inside of the fridge. Unplug the fridge and leave the door open to allow it to dry.

Fridge odor remover that is easily accessible in the house.

When cooking, the smell of food and smoke spreads throughout the room. Get absorbed in the curtains and reach different parts of the house because The exhaust hood does not absorb the odor but if it’s the smell that comes from the smoke. The exhaust hood can absorb that smell.

When food is left to spoil in the kitchen. Bacteria will degrade rotten fruits and vegetables and produce bad smells because a foul-smelling gas is released. The smell originates from two sources: the food the bacteria digest and the bacteria themselves.

What you should do is sort organic waste and food scraps. Food scraps should be separated and disposed of within the day. should not be left overnight. Scraps of vegetables and fruits should be stored in containers with closed lids. You may also use them as biofertilizers by placing them underneath plants.

Most bad odors in your dishwasher are caused by food scraps traversing the nooks and crannies. This causes bacteria and odors to develop.  Furthermore, food stains such as oil and grease adhere to the inner surface when combined with moisture, which produces mold, which has a musty smell. When the inside of the dishwasher gets moisture and you keep the door closed, moisture and heat can cause a bad smell as well.

The techniques listed might also help you get rid of dishwasher odor.

Bad smell under the sink

When you use the sink to wash dishes or clean things. food scraps will be left behind the pipes beneath the sink, generating a foul odor.

Under the sink, there is usually a set of stink traps. You should use a rubber to cover the sink’s bottom hole. To prevent odor and keep the water in the odor trap set from evaporating, and to keep the smell of water in the pipes from seeping through. If the smell has not disappeared. You will need to remove the pipe under the sink that has U-shaped or P-shaped to clean it. Because there may be filthy stuff built up within. however, if you are unable to remove it. Pour toilet cleaner into the pipe and let it sit for a while. Then pour in a lot of water.

In addition, you may pour commercially available bio-based compounds into it to decompose the waste. If it’s a vertical pipe, You may put baking soda powder in a glass and then pour vinegar into it; the baking soda powder will immediately swell, and you can then pour it into the pipe. It will aid in the removal of the odor. Nevertheless, installing a U-shaped or P-shaped pipe to capture the odor is the most effective alternative.

How to get rid of and Prevent odor in the kitchen

The kitchen must be well ventilated

Because when we cook, we produce both smell and smoke. If you don’t open the window, the smell will get absorbed inside. It may have adhered to garments, fabric, or even the inside of a cabinet. Moreover, there is oil vapor that can catch on the surface of the walls and ceiling which is also the source of the odor later on.

Pour hot water into the drain

Before attempting this method, make sure that your pipes can take extremely hot water. This can cause your pipes to melt and deform. However, this is a method to get rid of things that clog the pipe. including getting rid of cockroaches under the pipe and their eggs Especially in hot cities, there will be more cockroaches than in cold countries. These cockroaches give a rotten smell. If you ever go into the kitchen at a restaurant that is not very clean. You will smell the kitchen odor, that is the smell from cockroaches. on the other hand, cockroaches are also a breeding ground for germs and bacteria, carrying diseases such as respiratory and skin diseases.

When you’re done cooking, start boiling coffee right away. Place the coffee bean in a pot and add water.  Allow it to boil for a few minutes. Do not put a lid on the pot to allow the vapor to rise. Coffee-scented steam will replace the smell of food in the air.

Try to wipe the kitchen wall

The oil that you use to fry food can splash around. Whether it’s a wall or kitchen counter or even on the ceiling from oil vapor. The presence of oil stains will appear in a two-meter radius around the gas stove and on the walls. it sticks to the surface and is tough to clean. You can use a typical cleaner that is competent to remove oil stains, then spray with a softener and let it dry. Another option is to wipe the kitchen countertops with a scented solution.

Cooking may leave oil stains and a lot of grease stains on the counters. As a result, cleaning this space after each cooking session is the most sanitary option. You can wipe it thoroughly with degreasing, disinfecting, and scented cleanser.

Chop up some lemons then put in the mix equal parts water and vinegar in the pot.

The lemon scent will help soften the smell of vinegar. Then bring it to a boil and leave the lid open for the steam to evaporate. Leave it for about 20 minutes. This method is natural and chemical-free and It will deodorize the entire house.

The scent of essential oil lasts for a long time. You can make use of them by dropping a few drops of essential oil into the sink and 3-4 drops onto tissue paper, which is then placed in the trash can. It helps to conceal the odor of trash and the smell in the kitchen will improve.

Open all windows and turn on the kitchen exhaust fan

Opening the window allows fresh air from outside to replace cooking smells, and opening the exhaust fan helps to extract hot air to cool down the kitchen, as well as airborne for cleanliness and sanitation. Moreover, it provides space for fresh air by sucking the food smell, fog, and odors out.

Before lighting a candle, switch off the air conditioner in the room. Then you should use a natural candle that is free of chemicals. Light a candle and allow it to sit for a while. The flames of candles will react with oxygen. Odors that have become bonded to oxygen molecules will be destroyed and eventually fade from the air.

Spray the curtains and fabric furniture in the room.

These are odor absorbers. when you’re in the kitchen food smells will get onto curtains, clothing, and even fabric-based furniture such as couches, so spray them down once you’ve finished cooking. This product should be both deodorant and self-cleaning.

Close all doors and windows in other rooms.

All other doors and windows in the room should be closed. to keep food smells out of it Only leave the window open in the kitchen.